Fun Golf Vacations (FGV) was established in 2000 by two childhood best friends who traveled the country playing in various golf events together. During a trip to Palm Springs, they came up with the idea of organizing a two-person, week-long, best ball event, at PGA WEST and La Quinta Resort & Club, could become something very special. After 19 years and thousands of holes of golf, they were right. FGV has hosted over 2,000 golfers from all over the North America.

In 2012, after Owen Hoskinson’s best friend Greg passed away, Owen’s son Eric stepped in and picked up where to two left off and increased the number of players each year. Eric rebranded the week long event to Battle in the Desert, and he also launched a three-day, two-person best ball event, Shootout at PGA WEST.

In 2018 the father and son team introduced a new stroke play event, Palm Springs Golf Championships. The goal is to build the event into the largest amateur stroke play event on the West Coast. 2019 is the inaugural year for this event! 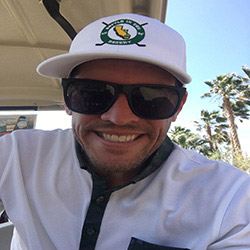 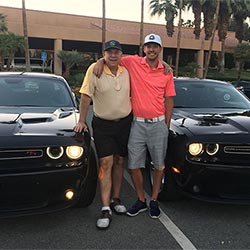 "A fantastic week of golf on beautiful courses for a great price. I try and make it every year."

"I am coming back every year until I die."

"It doesn't get any better than this."

"Tournament hosts Eric Hoskinson & his father Owen put on one hell of a golf experience; where you'll leave with lifelong friends."

"Far exceeded my expectations. I will be bringing my friends back next year."

Scroll back to top